Edit
IRCAM and the Centre de musique baroque de Versailles have joined forces to inaugurate the Janus Program. An innovative program that combines the promotion of cultural legacy and the vitality of contemporary creation, with the goal of breaking down the barriers between repertoires for the benefit of young artists.
Edit 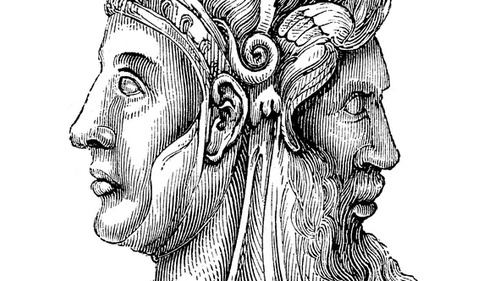 "What would musical creation be without the centuries of music that came before it? Why preserve a repertoire, or even reinstate its performance practices, if they do not serve as inspiration to other cultures? What are our musical performance venues if they do not offer a share of the unexpected? Janus, the Roman God with two faces, who looks at the past and the future from the threshold of the house, lends his name to this joint—and unusual—program by IRCAM and the CMBV. The project invites four young European composers to draw inspiration from French Baroque music to compose new works. A long and beautiful adventure between patrimony and creation that started last spring and which will continue until 2024.” Nicolas Bucher, director of the CMBV and Frank Madlener, director of IRCAM

Janus: a meeting in the Present!

The Janus program—a new, innovative partnership between the CMBV and IRCAM—combines the French baroque repertoire and new works of four young European composers.

Janus is the Roman God of beginnings and ends, of choices, of passages, and doors. He is a two-faced God; one face turned towards the past and the other towards the future. In the image of this divinity, the CMBV, a historical cultural institution, has joined forces with IRCAM, an international music research center connected with the Centre Pompidou, to create a new form of music. With the support of the Ministry of Culture, the two structures are commissioning four new works from four young European composers selected by the two organizations.

These commissions are intended to complement one or more French works from the 17th and 18th centuries. They are intended for the CMBV choir school in a variety of form (full choir, children's voices, adult choir, soloists' ensemble), a capella, or with an instrumental ensemble with electronics. 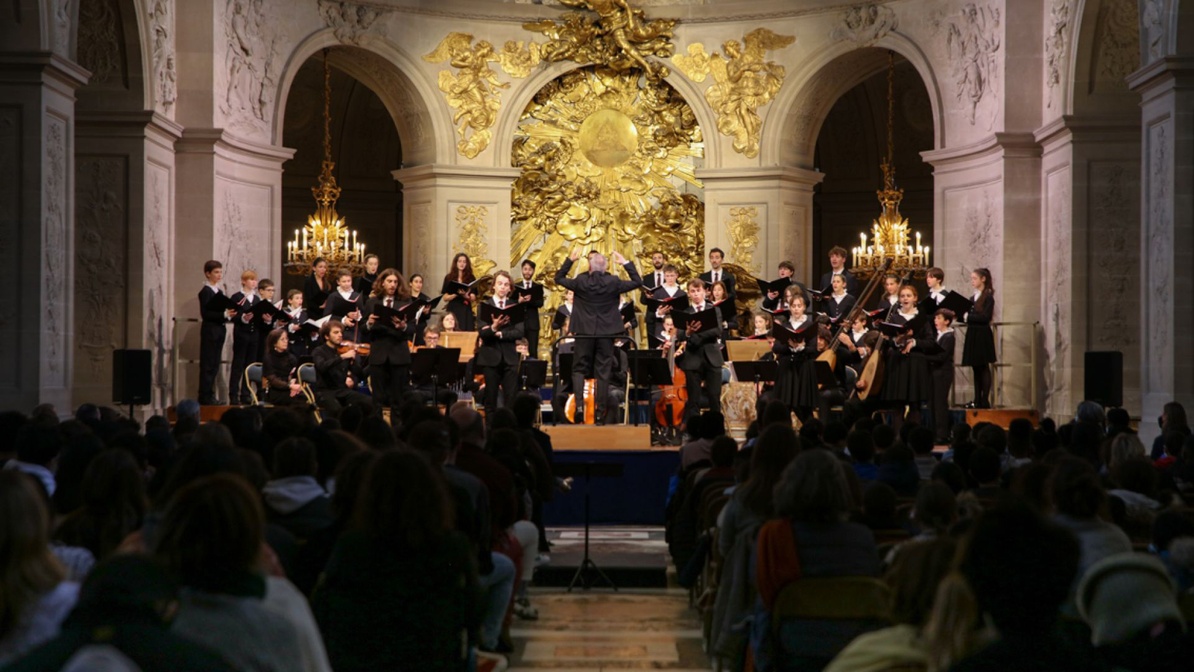 Two new works, one by the Spanish composer Ariadna Alsina Tarrés and another by the French composer Adrien Trybucki will see the light of day in June 2023 during IRCAM's ManiFeste festival. In 2024, we will discover the works by the Lithuanian composer Justina Repečkaitė and the Serbian composer Jug Marković. The four young artists all master electronics, having recently completed IRCAM's Cursus of Composition and computer music course.

In addition to these new works, French baroque pieces from the 17th and 18th centuries will be also be featured, comparing and contrasting history and creation, past and future.

As part of the ManiFeste-2023 festival

June 2024 | The Royal Chapel of the Palace of Versailles

The Concert Venues: Two exceptional concert halls, each with its own specificity 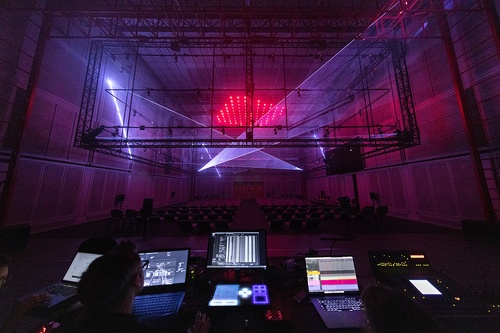 A place of acoustic experimentation and musical exploration, the Espace de projection is located in the heart of IRCAM. The room is the building's main attraction, totally isolated in an architectural system of nested boxes, 16 meters below Paris' place Igor Stravinsky. Designed by architects Renzo Piano and Richard Rogers with the acoustician Victor Peutz and inaugurated in 1978, it is known for its modularity and its variable acoustics: its volumetry (the ceilings can be lowered in 3 distinct panels) as well as the materials (diffusing / absorbing / reflecting) can change on demand.

The Royal Chapel of the Palace of Versailles 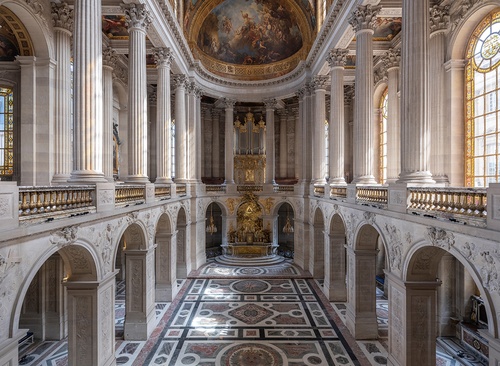 The Royal Chapel of Versailles, built by Jules Hardouin-Mansart and Robert de Cotte in 1710, is the last large-scale construction project carried out under the reign of Louis XIV. Along with the Hall of Mirrors, it is the most prestigious and daring addition to the Sun King's castle. The building demonstrates a perfect symbiosis of architecture and decoration crafted by the greatest artists of the time.

In keeping with the tradition of palace chapels, the building has two floors. The king and the royal family attended mass daily from the main gallery. The remaining members of court remained on the first floor, to which the king only came down for the religious festivals. During mass, music was omnipresent; above the altar, surrounding Robert Clicquot's organ, whose keyboards have been played by masters such as François Couperin, the music of the Chapel, famed throughout throughout Europe, sang motets daily throughout the services.

A virtual acoustic reconstruction of the Royal Chapel

The concerts in IRCAM's Espace de projection will be performed using the reconstructed acoustics of the Château de Versailles' Chapelle Royale, thanks to an acoustic imaging system developed by IRCAM researchers.

In Addition to the Concerts

For the general public: documentary resources

"Baroque City" in Maurepas
The CMBV and IRCAM teams offer an introduction to the processes of creation and and computer music to the beneficiaries of the "Ville baroque" cultural outreach project in the Yvelines. Middle school students, social and cultural centers, and local residents will benefit from workshops throughout the program.

For the Artists: Educational Support

The commissions given to young composers for the CMBV choir have been designed with two types of educational activities in mind and intrinsically linked, intended for all the participants of the Janus program:

Jug Marković (Serbia, b.1987) approaches music in a deliberately intuitive way. In his compositions he tends to refrain from strict and rigid premeditated concepts and systems and has no extra-musical intentions to his work. He is particularly interested…

Justina Repečkaitė (Lithuania, b.1989) is based in Paris. Justina studied both in Lithuania and France where she discovered her passion for the late medieval culture that influences her music. Justina was an artist in residence at the Singer-Polignac Fou…

Adrien Trybucki is a composer of acoustic, mixed, and electronic music. The obsessive quality of his writing can be found in his first works and notably in Cinq Visions for orchestra; a piece that won the Île de créations award in 2014.