On Friday March 25th, during the IRCAM Forum Workshops, Aki Ito and Jean-Philippe Lambert gave a demonstration of their "Asterisms" project, and tested, on the small audience gathered for the occasion, an idea to improve the experience of their distributed sound diffusion system...

A quick reminder: ISMM stands for "Interaction Sound Music Movement". As part of the continuity of the ISMM team's research, the "Asterisms" project, led by Aki Ito and Jean-Philippe Lambert, has included an "interaction" component from the start.The objective is obviously to involve the public in the musical discourse, but also to encourage active listening and to connect people, both to the music and to each other. When they started their research, Ito and Lambert realized that this principle of interaction was easier to imagine than to achieve:

"We already had quite a bit of experience with 'classic' interactions (for one user, or even several users in the context of an interactive installation), but the specific framework of a participatory distributed concert changed the game.

The duo therefore engages, whenever they have the opportunity, in all kinds of experimentation.For example, asking the audience to stand in a circle, to distribute the sounds and make them "rotate" - a mechanism that has the advantage of being understandable and rather playful, but which proves impractical if the audience is too large. But the initial feedback confirms their "social" approach to the system and the need to adapt it to all audiences. 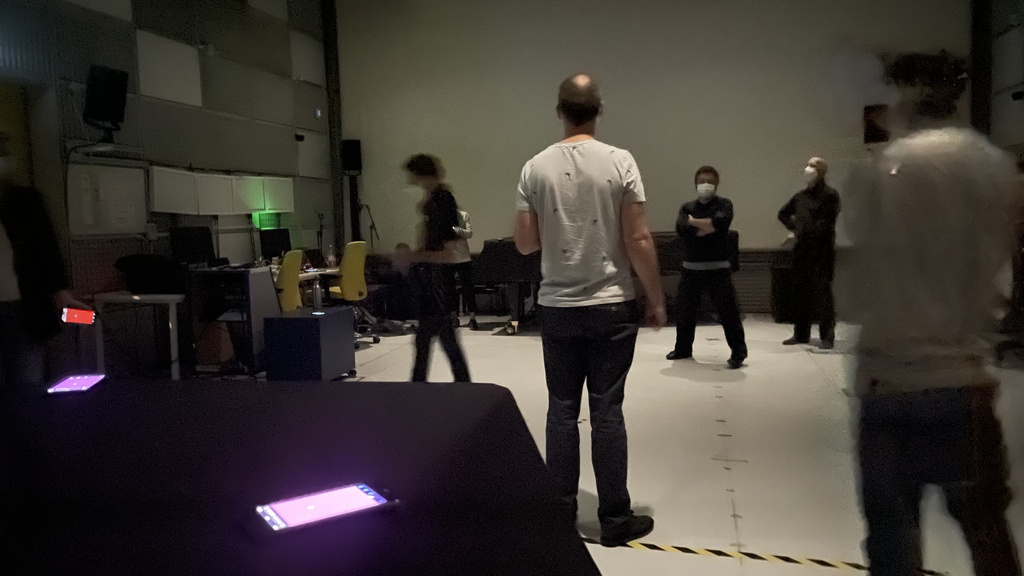 Another idea, linked to the recognition of listeners' gestures via their smartphone's sensors - which is already used, let's remember, for the distributed diffusion of sound. "As soon as the spectator realizes that he is holding sounds in his hand, the idea is to give him a form of control over these sounds and their diffusion," suggest Aki and Jean-Philippe "we can imagine small sound games, or even the possibility of circulating the same sound from one spectator to another thanks to a specific gesture. This gesture must however be both clear and intuitive."

A first problem lies in the goodwill of the spectator himself. "We have noticed that, sometimes, some people do not want to participate, or are reluctant to make certain movements, or do not realize the effect of their gestures."This is true for all projects in which an element of interaction is involved: it takes time for people to notice, to understand the interactions, and to take ownership of them. "Generally speaking, the youngest people have an easier time using the tool: instead of trying to understand it, they go by instinct, and have fun with it," say Aki and Jean-Philippe.

Should instructions, or at least suggestions, be given? If so, how? Messages that appear on the screen could, for example, take up too much of the attention. It is also important to choose the nature and amplitude of the gesture: it must be simple, to include everyone, coherent with the musical discourse, and dynamic without being too much - because we are not used to making big gestures with our big smartphones! On the other hand, a "too good" will can also be problematic, because the playful aspect could take precedence, to the detriment of the attention given to the musical. This is the risk of gadgetry. A balance must be found.

On Friday, March 25, it is a gesture of "sharing" a sound by a member of the audience to the rest of the audience that is tested (by a gesture of the arm, the sound diffused on the cell phone of the first one is "spread" on the mobiles of the others, or of a part of the others) - with sometimes surprising results, of which the most precious is undoubtedly, there again, the social link that it establishes between the different listeners involved who don’t know each other at all. 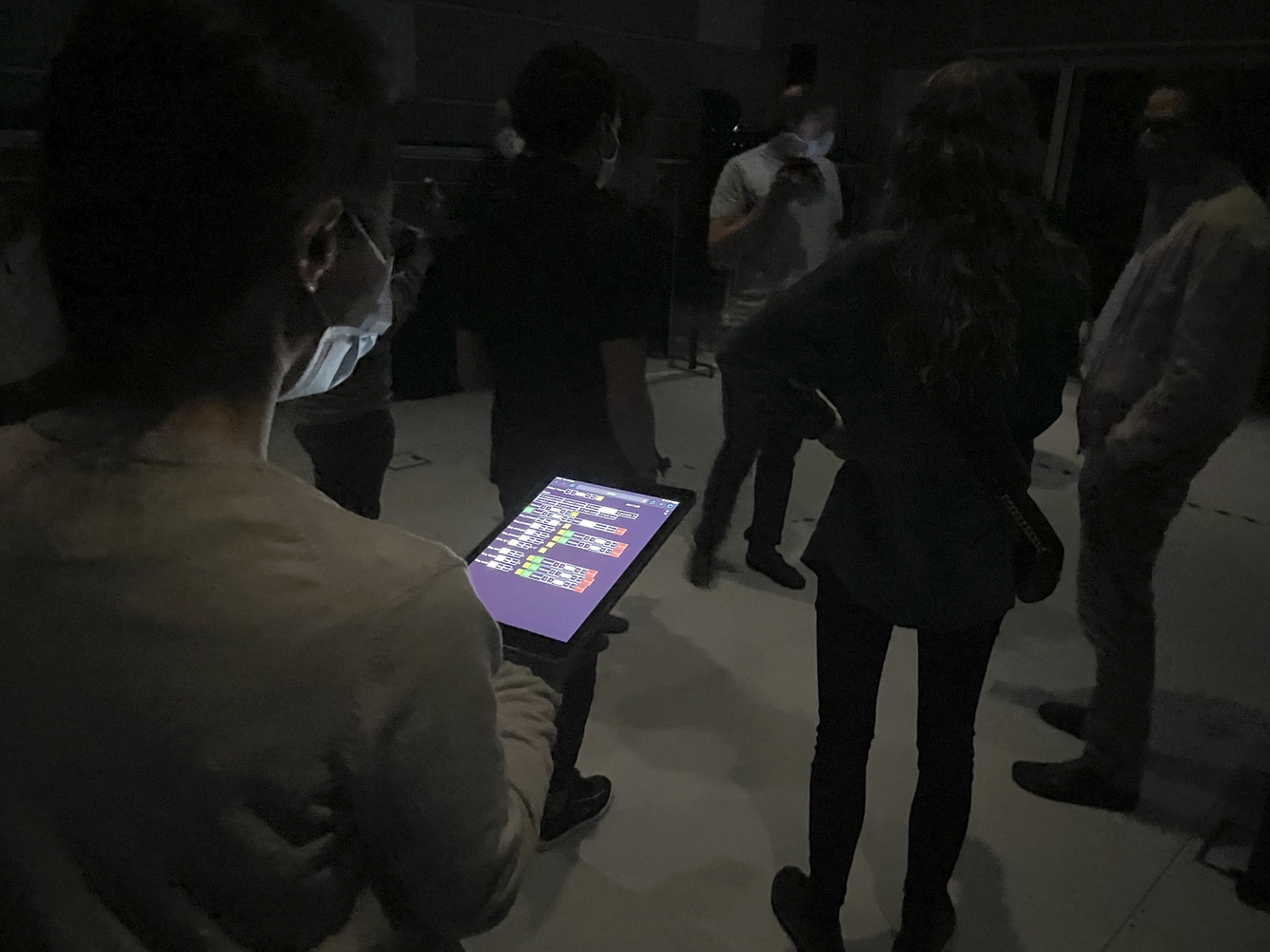 "We said to ourselves then that, since the sound is diffused in a distributed way, perhaps it is also necessary to think the interactions in a distributed way. This led to a second attempt, a few days later, in which all members of the audience could 'take' a sound and share it, then retrieve it, and so on."

"Technically and socially, it works," says Jean-Philippe Lambert, "but the phenomenon remains rather unclear for the listener. Perhaps we should think more in terms of groups: all members of a group could manipulate sounds from the same family, with some minimal variations within a family, and could recognize themselves as belonging to that group within the whole. This kind of application certainly has potential, but it would require a lot of technical and musical development. It would take us very far, and we're not sure that's a good idea for our project, where we want to focus on listening."

"Perhaps the most interesting tracks are more related to my compositional thinking," says Aki Ito. I'm working on musical modules that coexist within the same piece, and my idea now is to organize the interactions around these modules, their orchestration and spatialization."

In the next and final episode of this series, we will see how the technical constraints of the system feed the composer's imagination and vice versa.

Article
During her artistic research residency on a a distributed sound diffusion device "Astérisms" with researcher Jean-Philippe Lambert, composer Aki Ito has produced a few pieces that are used both for t…
News
Creation