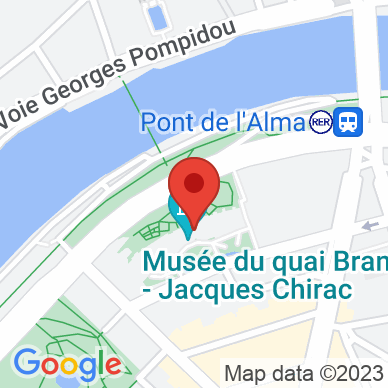 Organized in conjunction with the musée du quai Branly, the symposium Music & Hacking: Instruments, Communities, Ethics aims at defining the practices of musicians and technicians involved in activities that fall within the scope, explicitly or implicitly, of musical hacking.

Since the beginning of the third millennium, computer code and digital instruments have constantly changed the aesthetic, ergonomic, communicative, and ethical facets of musical practices. This reconfiguration is partly due to the notion of hacking. While hacking initially refers to a group of activities connected to the world of computers, it has, little by little, infiltrated numerous other fields, including that of artistic creation.

The values conveyed by hacking advocate both the appropriation of mass-produced technological objects and the valorization of a type of freely available community know-how in addition to the pleasure of serendipity, of misappropriation, of manipulation. These values underpin a discreet and dispersed form of social protest in response to a globalized commercial and industrial culture, often standardized. It is important to understand the characteristic forms and postures of hacking—sometimes playful, transgressive, or optimizing—in today’s music. The conference will address the multiple forms of misappropriation or reuse musicians employ in their material environment, the creation of a federation of musical communities via hacking, and the influence of the “hacker” ethic in musical practices.

Finally, the organization of a music hack day after the conference (November 10 & 11 at IRCAM) will give a concrete look at the vibrancy and wealth of different approaches that make up the world of musical hacking.

10 November to 11 November 2017
Ircam
To continue the themes of the conference Musique & Hacking: Instruments, Communities, Ethics, IRCAM is holding a music hack day that will last over 24 hours.