The 100th Anniversary of Donausechingen Musiktag 1/3: "Intrusion" by Misato Mochizuki

Founded 100 years ago by the House of Fürstenberg, lord of the land and owner of the Fürstenberg breweries that have long supported the small town, the "Donaueschingen Music Days" are today one of the most prestigious contemporary music festivals in the world. Like the Danube, which here is only a small stream that hardly seems to be the source of largest river in Europe, some of the composers who were created here are now major artists. During the five days of the festival in mid-October - with five concerts per day and an average of three world premieres per concert - the world's largest concentration of composers, programmers, and specialized ensembles meet here, in addition to a delightfully diverse audience, for a contemporary music festival. And among them, the IRCAM teams are present. Naturally.

This 100th anniversary year is also an eventful year in this respect, since IRCAM is producer, co-producer, or sponsor of no less than three pieces in the festival program.

In chronological order, the first is Intrusion (Part I) by the Japanese composer and Francophile Misato Mochizuki, with IRCAM electronics produced by Robin Meier. Entrusted, on Friday October 15th, to the Luxembourg Symphony Orchestra under the baton of Ilan Volkov, it shares the bill with three other creations: a concerto for electric guitar by the Belgian Stefan Prins, Hirn, by Enno Poppe, a sort of delirious fanfare, alternating siren effects and imitation of Doppler effects with accents that are both ironic and alarmist, and the concerto for piano and ensemble World as Lover, World as Self by Liza Lim, a beautiful poly-stylistic score that gives off a sweet perfume of melancholy. 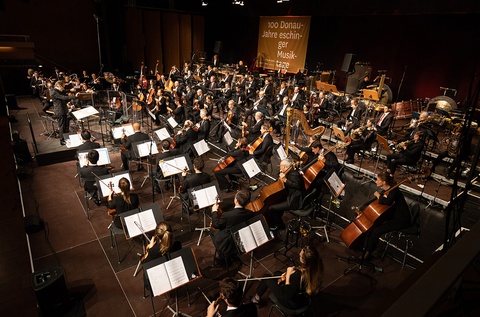 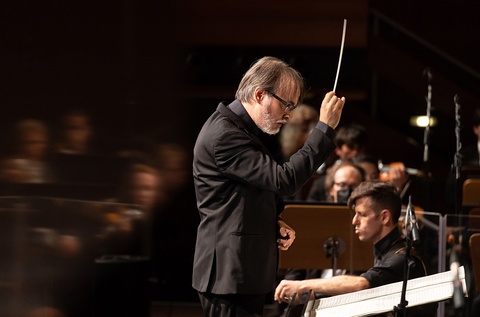 The domain in which Mochizuki works stands out a bit. When you enter Intrusion, the first feeling is that of organized chaos. Adding multiple small gestures, relatively homogeneous as a whole, the pointillist orchestration piles up swirling loops, which gradually take over the entire sound space through spatialization. Added to this is the rustling of concrete sound samples: bird calls, forest noises.

One quickly gets the impression of being one of those fairy tale heroes who have to cross a dark and threatening forest, who have been told to go forward without ever looking back, to never look behind them.

At the beginning, the walk is gentle, almost cheerful, but as one goes deeper into the woods, the anxiety rises, buzzes in our ears. Soon, successive waves of distress seem to break over the stunned audience. 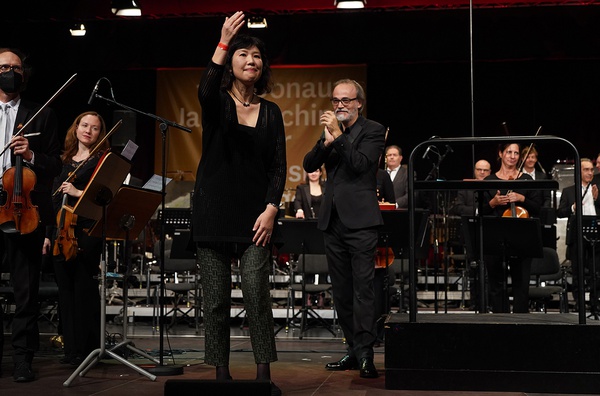 The brain tries to tame the strangeness, to deconstruct the fear in order to better exorcise it. It seizes a flute imitating one of the bird songs diffused by the electronics, as if to cling to a reassuring— or at least understandable—element. At the same time, the electronics become more and more distressing and deep, invading the whole space. On stage, the instruments of the orchestra are as if on the defensive, giving us feeling of being terrified animals, hunted, surrounded by invisible predators.
A sudden silence interrupts the din.

Then the music starts again, but on with a different pace and scale, as if light had finally come to the battlefield, making the assailants flee. And then we remember that the title of the work is Intrusion (Part I), suggesting that, no doubt, a second part will be added on here to complete the journey.

by Misato Mochizuki (recorded at the Festival de Donaueschingen, 2021)

In many respects Alan T. evokes the world of tomorrow by drawing on the world of yesterday, the following piece, which closes the festival, summons yesterday to inform us about today. For their orato…
News
Creation

Article
The two other works “made in IRCAM” have the distinction of closing the festival on Sunday, October 17. They are two proposals of what opera could be today. "Opera" being understood in the sense of a…