The two other works “made in IRCAM” have the distinction of closing the festival on Sunday, October 17. They are two proposals of what opera could be today. "Opera" being understood in the sense of an articulation of music with text, stage, voice, and lyricism. Two proposals that are at aesthetic odds with one another.

The first one comes from Pierre Jodlowski, who deals with a subject full of intricate, multifaceted issues: Alan Turing. Genius mathematician and cryptographer, unsung hero of the Second World War, father of modern computing, prophet of artificial intelligence, martyr of homophobic persecution... There is, evidently, much to say about this iconic figure of the 20th century - and even more so of the 21st, despite his death in 1954.

The complexity of the subject is suggested as soon as the audience enters: on a screen above the stage, the main concepts, notions, and anecdotes related to Alan Turing's life (the test that bears his name, the chemical castration of which he was a victim following his conviction for homosexuality, etc.) are scrolled randomly in green characters, with a blinking cursor, as on the computer screens of the 1990s, accompanied by the crackling of electricity and the noise of an outdated printer.

This is not Pierre Jodlowski's first attempt to treat such a subject. One can even say that Alan T. is the result of efforts started fifteen years ago, with such works as Le Royaume d'en bas, Ghostland, and San Clemente. The performance's form is perfectly achieved here, managing to juggle without being (too) sententious between different levels of analysis. Carried by the soprano Joanna Freszel, the actor Thomas Hauser (who plays the mathematician, when necessary), and five musicians from the Nadar Ensemble, to which is added an electronic and video system conceived with Thomas Goepfer, Alan T. delivers four or five concomitant speeches, in a true dramaturgical counterpoint. Turing's biography serves as a central theme (as does his passion for long-distance running, which opens the show), into which are intertwined philosophical, psychoanalytical, societal and theoretical reflections. 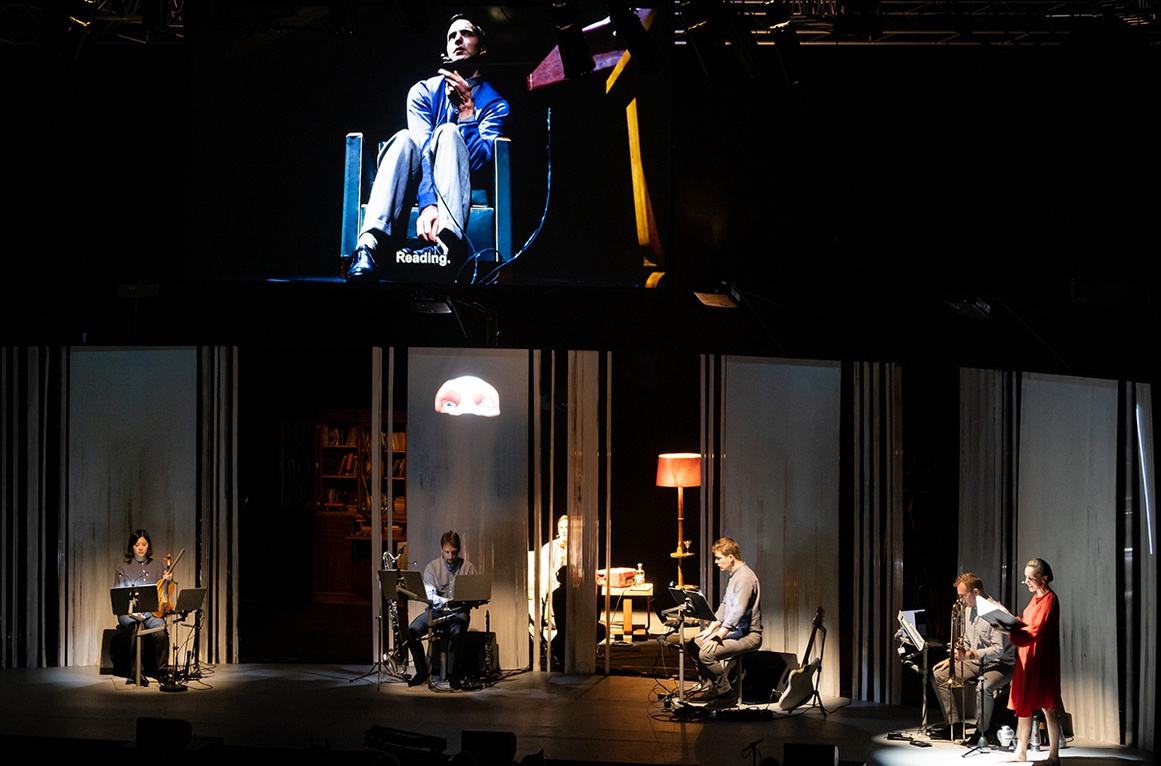 Although the tragedy of the story is obviously brought to the surface (difficult childhood, chemical castration, suicide), the man's sense of humour (which some representations sometimes forget a little quickly) is not absent, notably in the delightful, obviously fictional, "conversations" Turing has with his machine which questions him with curiosity about the world of humans and, we can guess in the background, the way in which it could pass the famous "Turing test" (or "imitation game", which gauges the ability of a machine to pass as human). The status of hero bestowed upon him posthumously (concerning his success as a cryptographer on Enigma) is also put into perspective, by mentioning the work carried out before the war by Polish teams and on which Turing relied, as well as the battalions of women calculators without whom the Hut 8 team at Bletchley Park would probably not have risen to the challenge so brilliantly.

As for the music—combining acoustic and electronics—it highlights all the speeches with a rare expressive force. And if we could have feared overly illustrative electronics, even the processing techniques that saturate the voices turn out to be delicate and finely dosed, in no way gimmicky and totally at the service of the various dramaturgies.

Still in the field of electronics, the members of the Nadar Ensemble are here much more than simple musicians: in addition to their instruments, they are also interpreters of various audio/video effects. Thanks to computers, they manage the appearance of what we must call "avatars", in the sense that social networks have given to this word, projected on a canvas stretched behind them. Invoking 1984, 2001, Blade Runner, Alien, and a few other science fiction masterpieces, the treatments they inflict on their images suggest the history of the fantasies that the very concept of artificial intelligence has aroused - beyond its true capacities and its reality.

These are just a few of the striking aspects of this lavish production that one would almost dare to call entertaining, if the term did not have such a pejorative connotation. In fact, many of the inspirations that run through the performance show that a masterpiece can very well have been conceived as an "entertainment".

In many respects Alan T. evokes the world of tomorrow by drawing on the world of yesterday, the following piece, which closes the festival, summons yesterday to inform us about today. For their orato…