Can you tell us about your path before arriving here?
I have a fairly unusual background. I began by studying electronics and then worked for 6 years in a small company in the telecom industry. At 28, I decided to go back to school and took classes in acoustics at the Conservatoire national des arts et métiers de Paris for 6 years. Of course, at the same time, I studied music at the conservatory (classes in flute and guitar).

In the beginning, studying acoustics was a way to validate skills close to sound engineering at a time when I was just beginning to create a network of contacts in the milieu of live performances; all the while continuing my studies, working in the telecom industry, and on musical projects. I was pushed by my motivation, relations, and my spirit of curiosity and experimentation that created a positive "chemistry" as soon as I started working on contemporary music projects more or less related to the institute's domain.

The time needed to create a network is different for each field. There is the question of technical or personal skills not yet obtained and the economic situation (numerous subventions in music mean more opportunities for motivating and well-paid projects for all involved).

So, I decided, after finishing up at the CNAM, to continue my studies and follow the ATIAM Master's program because the subjects taught are captivating. The basic idea was to either to learn professional skills in the field of sound, or in acoustic research. Once I finished my Master's degree, the PhD subjects available didn't inspire me and my personal situation didn't allow me to continue my studies 3 more years to complete a thesis. I turned towards architecture; I negotiated with the giants of construction, often twenty years my elder, so that the acoustic performances would be successful. My current position at IRCAM is often similar; we have to propose, discuss, and negotiate compromises concerning the sonorization imagined by one of our composers; an important experience of listening to others. My love of contemporary music and the confidence of certain members of the production team at IRCAM encouraged me to become a part of the institute.

As I explained, my path is a path among many, each one different. In the production team, certain members went to the Conservatoire de Paris, others studied sciences in specialized programs like ISB in Brest, France for example. The sound design team, made up of four full-time members and numerous intermittent workers, is made up of a multitude of paths.

How would you define the job of sound engineer?
There are several branches in this field: sound recorder, soundman, postproduction mixer, etc. Beyond the technical skills necessary in audio, each branch requires specific abilities. In my case, the field was live performances and the realization of concerts, sound installations, or operas.

One person never sets up a show alone; it is the result of the combined energy of several people working together on an artistic project. The sound engineer needs to have technical skills, but also people skills. Being a professional in this field means avoiding last-minute problems and knowing how to react quickly and find alternatives in case there are problems. Making sure the sound in the concert or recording will be perfect. 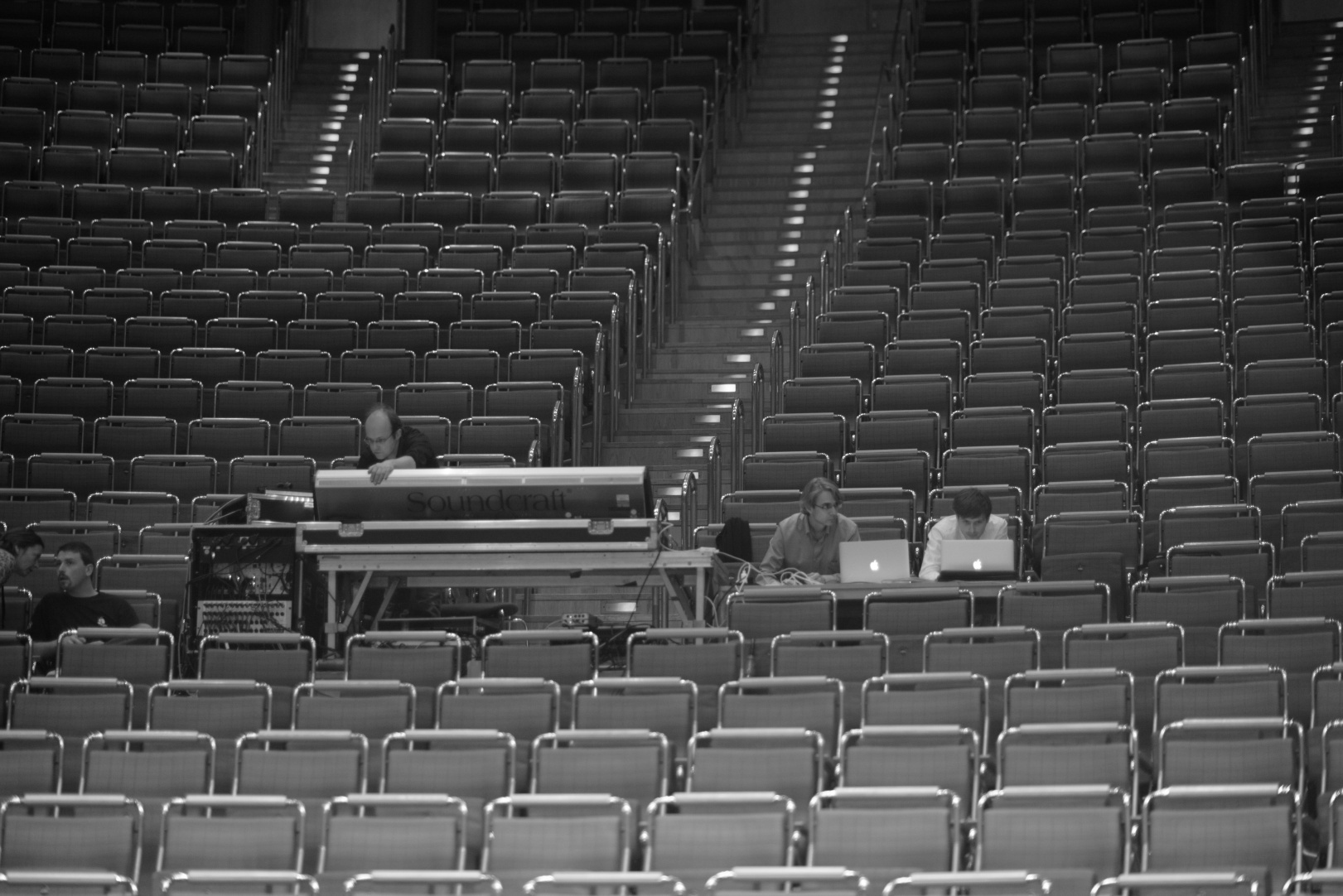 What's your daily routine like as a sound engineer?
I usually work on several artistic projects at a time. The first steps include a technical review of the project, the plans, and the sound systems possible in addition to defining the human means necessary. Then, come the steps where we go more into the artistic part by listening to the music, the composer's ideas, and the ideas of the computer-music designers. You have to really understand the project because the final step consists of balancing the sound between the musicians on stage and the electronics diffused in the room during the performance. It is also the steps where you establish confidence with the conductor (if there is one for the project) and the musicians.

Is there a difference between being a sound engineer at IRCAM and elsewhere?
Yes, of course! IRCAM is a research institute and center for sound creation. We are at the crossroads between scientists and composers. We test the tools created by scientists knowing we have the possibility of asking them for extra options or specificities for upcoming sound creations. It is also possible to follow the latest research in the institute's teams. In addition, it is also different from a fixed job in a concert hall or opera. We travel regularly to perform contemporary music pieces in several concert halls in Europe, so the acoustic spaces vary; each one holds its good and bad surprises. It is also an opportunity to adapt to different environments, different equipment, and different people.

An exceptionally memorable experience?
For the past 8 years at IRCAM, each project has had a memorable experience. Sometimes it is found in the relationship with the composers, the performers, or the teams but also in the systems used in the work. For example, the experience with Daniel Jeanneteau on Les Aveugles by Maeterlink was full of human emotions whereas the experience on Le Encantadas by Olga Neuwirth was memorable because it used an ambisonic sphere of loudspeakers, 2 mixing tables, and 4 computers for the sound diffusion. A concert at the Cologne Philharmonic, at the Rurhtriennale in Germany or at the Cité de la musique in Paris is, in itself, memorable... 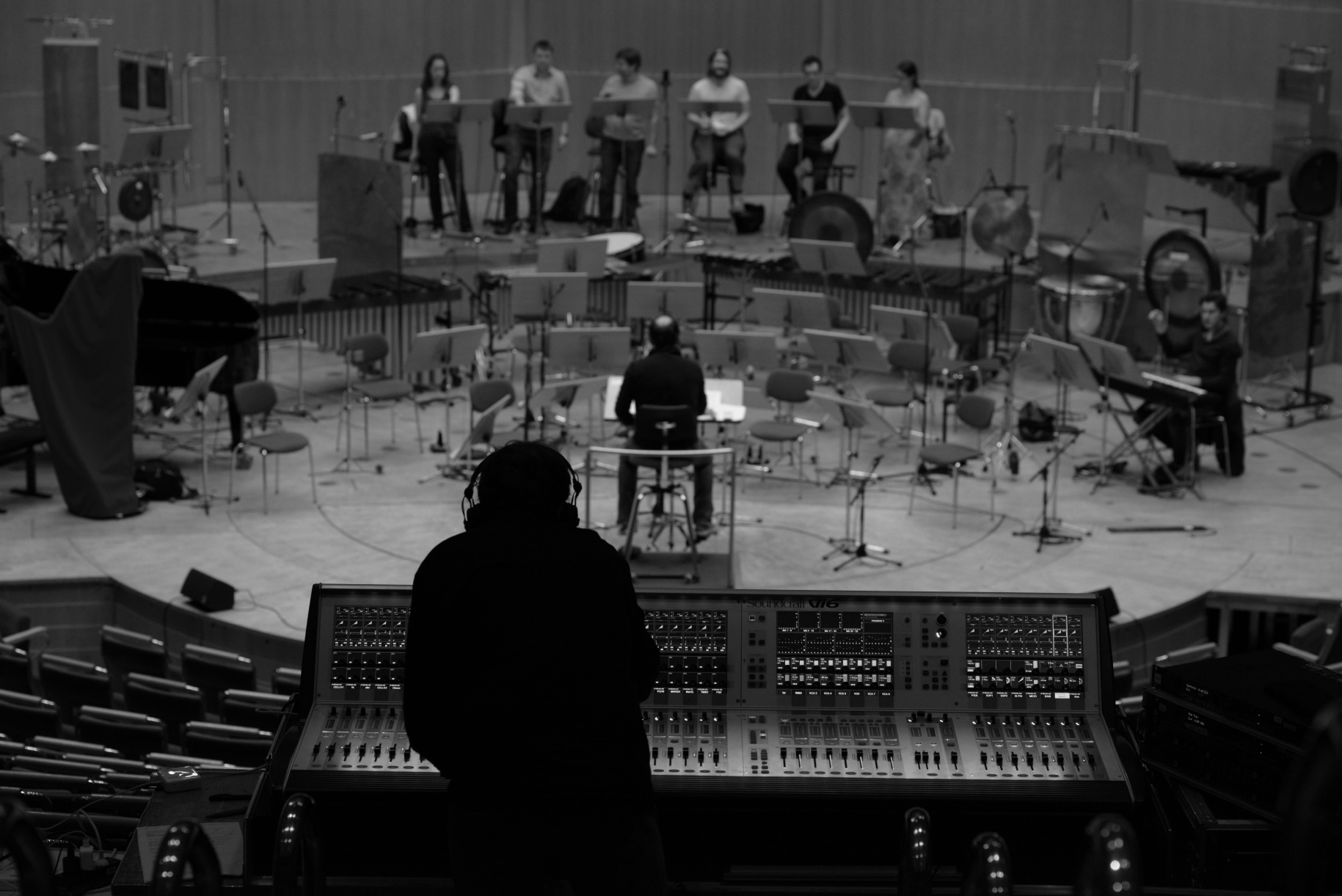 What advice would you give to students who want to be a sound engineer like you?
Firstly, develop the biggest network possible with passionate people specialized in different domains (studio, live performances, film). In this case, continue to study music as long as possible (sound engineering, acoustics, conservatory, and computer music) to have wide-ranging general knowledge extremely necessary to develop relationships with others in the field. Secondly, you have to stay motivated. Motivation frequently leads to new encounters.

Let's be crazy and imagine the future: what technical or technological evolution would you like to be able to take advantage of?
The best loudspeakers in the world, the most beautiful microphones and sound mixing tables of course!

Intended for high school and college students, these encounters provide personalized access to IRCAM’s specificities, through the presentation of the professional possibilities at the junctio...

Meet an IRCAM Professional and Visit the Institute
Intended for high school and college students, these encounters provide personalized access to IRCAM’s specificities, through the presentation of the professional possibilities at the junctio...