A Look Back at the Premiere of Campo santo in Orléans: Voyage à Pyramiden 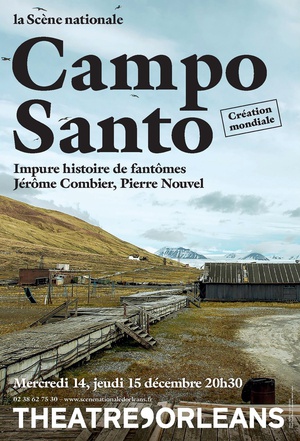 8pm, Wednesday, December 14, the scène nationale d'Orléans. The audience waits impatiently in the hall for a new concert: Campo santo. The performance’s poster is eye-catching: a panoramic view of mountains and glaciers surround dilapidated buildings. More than an evening of music, this mysterious title and lunar image evoke a journey through space and time. This is, in fact, the very project by composer Jérôme Combier and his acolyte, the scenographer and video artist Pierre Nouvel: shipping us to the edge of Norway, exactly 10 degrees from the North Pole, on the Svalbard archipelago, in the ghost town of Pyramiden, former worker’s city built during the Soviet era, now deserted.

The beauty emanating from the images taken on the island of Spitzberg appealed to a music devotee. He chose to attend this evening’s musical proposition to discover the concert’s theatrical environment and the atmosphere of the abandoned Soviet town.
Further in the hall, two high school students question what the multimedia aspect will add to the music: will the visual and sound systems make it easier understand the story? They are also eager to discover the new instruments: a flute with an especially deep sound, percussions imagined using metal plates.
An audience member expresses her interest in discovering the work carried out between music and image, and the collaboration with IRCAM for the electronics for this show.
Suddenly, a microphone crackles and calls the last audience members: the performance will begin in a few minutes..

All aboard for Pyramiden!

As soon as the lights are out, the audience is completely immersed in the abandoned city. Images, videos, and archives are projected and flash on a central panel hanging above the musicians and instruments. A huge collection of assembled images and sounds, an immense luminous fresco, accompanies the music that switches between bewitching, rhythmic, joyful, and nostalgic. Each tableau, each passage through the buildings, is a testament to the passing of time, to the disappearance of a community. 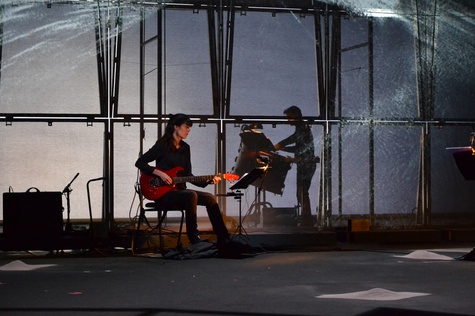 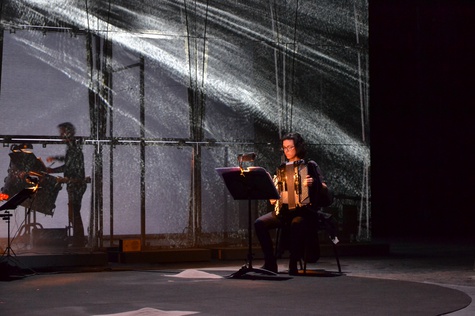 from left to right: Christelle Séry and Fanny Vicens  © IRCAM

The unique sounds of rare or specially made instruments add to the feeling of a space beyond time and to the epiphany of a place in ruins. The solos choreographed in quartertone accordions and for the electric guitar set off the apparition of decors from long ago, colors and lights; for a fleeting moment, we can imagine life as it once was. Each room visited, each tableau, brings the city back to life before our eyes. The vestiges of the past, debris, forgotten furniture and objects erase themselves and give way to images that reconstitute spaces of collective and private life. The sound reverberating from the percussions, duos of metallic plates, and the octobass flute are reminiscent of this world of miners and steel. The electronics fill a dramatic role and sound magnificently through a montage of snippets of speech in several languages, the creation of a virtual chorus, and the sound restoration of an abandoned piano and its scores.

The final image is that of a giant percussive hourglass, a strange and ingenious polysemous musical object that is both a metaphor for the time that passes and a symbol for a fallen golden age, leaving the audience on a meditative note after rich experience, full of visual and audio sensations 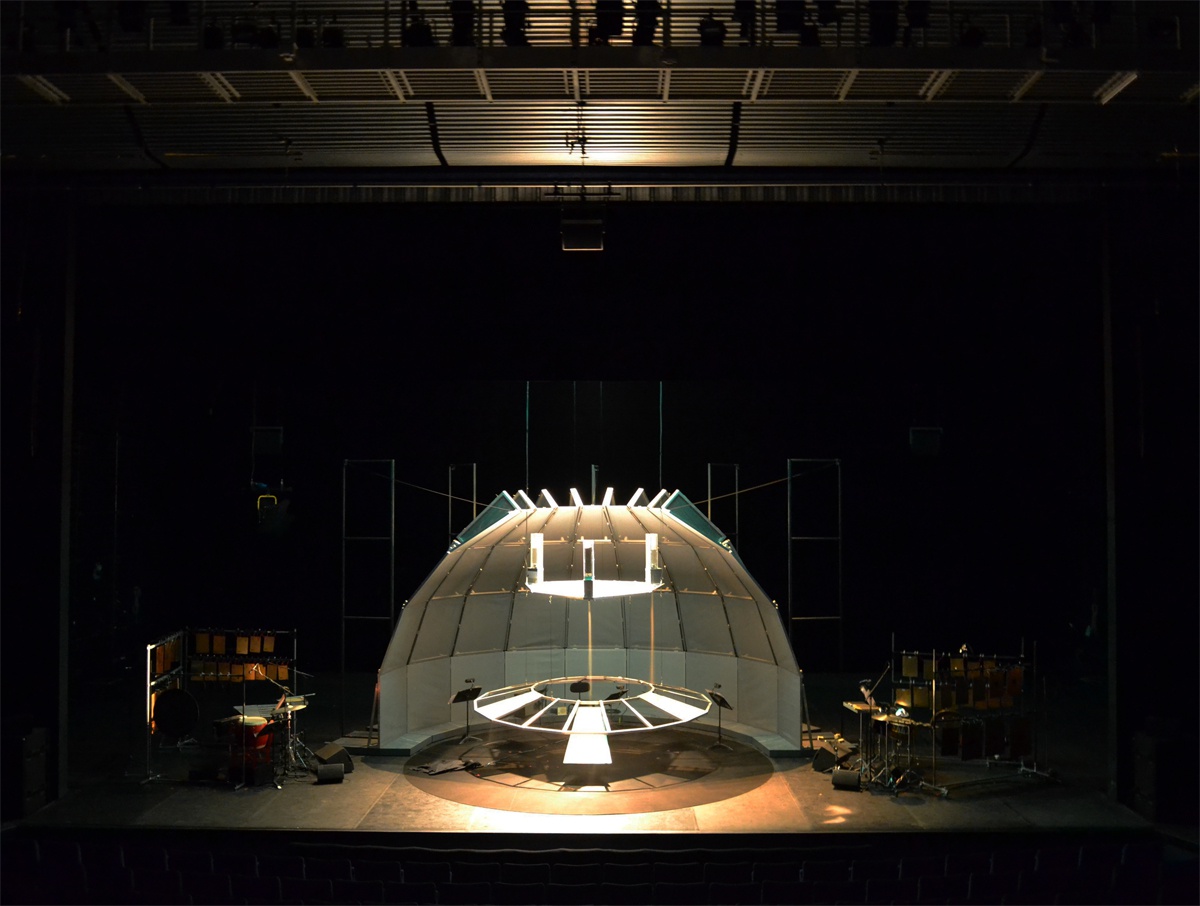 "An impressive spectacle, a fully-realized creation!"

At the end, approving reactions could be heard. “An impressive spectacle, a fully-realized creation!” shouts out an enthusiastic spectator. He explains that he has never seen contemporary music with such complex staging, music emanating from the sets, electronics that drive the music, humans following a computer score; a quantity of variables that come together giving the impression that the performance is very fast and very beautiful.
The two high school students met earlier were quickly immersed in the unusual atmosphere conveyed by the music. They feel the images of ruins represent the passing of time well. The performance gives one pause for thought on the importance of memories, on our human condition.
An urbex fan comes out of the concert hall utterly seduced by the images of abandoned landscapes and by the hybrid combination of film and music. Despite a few slow moments, the voyage delighted her; she was really in the Norwegian backcountry.
Fascinated by the use of electronics, an audience member enjoyed the moments that alternated between live instruments on stage and the electronic composition partially constructed using samples of text, creating a rather particular universe. She also remembers the beautiful solos: accordion, guitar, piano. Of the fabulous landscapes, she was marked by the image of an industrial wasteland taken over by pigeons. In the end, she felt a huge emptiness, but was able to enter easily into a passionate universe….