The signature of a framework agreement for the next five academic years has brought a new energy to the long-standing relationship between the Conservatoire national supérieur musique et danse de Lyon and IRCAM. This partnership between two internationally renowned institutions, offers numerous prospects in terms of both research and teaching in musical creation. It facilitates student mobility within the IRCAM curriculum for CNSMD graduate students, exchanges in the field of research, and artistic collaborations.

"Music is the art of encounters, music pedagogy must be the initiator of this... Regardless of the size of the institution in question, the programs or courses offered only make sense in a dynamic of openness and collaboration within the institution and beyond." Jean Geoffroy, head of the Transversal Creation Space at the CNSMD de Lyon

"Sharing the same commitment to training in the field of musical creation, IRCAM and the CNSMD de Lyon have forged a strong connection; a number of young composers from the Conservatory have consistently applied to follow the IRCAM's composition and computer music course. I am delighted that this agreement reinforces this relationship by allowing students to validate their first year of the second cycle at IRCAM, where they will also be able to understand the reality of work at the cutting edge of musical research" Philippe Langlois, Director of Education and Cultural Outreach at IRCAM

Musical creation today is dependent on innovative technological applications and developments that must be designed, developed, and taught. Through this convention, the CNSMD de Lyon becomes a member of the IRCAM Forum, an international community of actors in the domain of musical and artistic research. The scientific cooperation between the two institutions will be solidified by making IRCAM's innovations available to the Conservatory, while the CNSMD de Lyon will be able to provide IRCAM the benefit of its experience through feedback, assisting in future developments.  The agreement also facilitates the attendance of IRCAM researchers and engineers at seminars and masterclasses at the Conservatory. 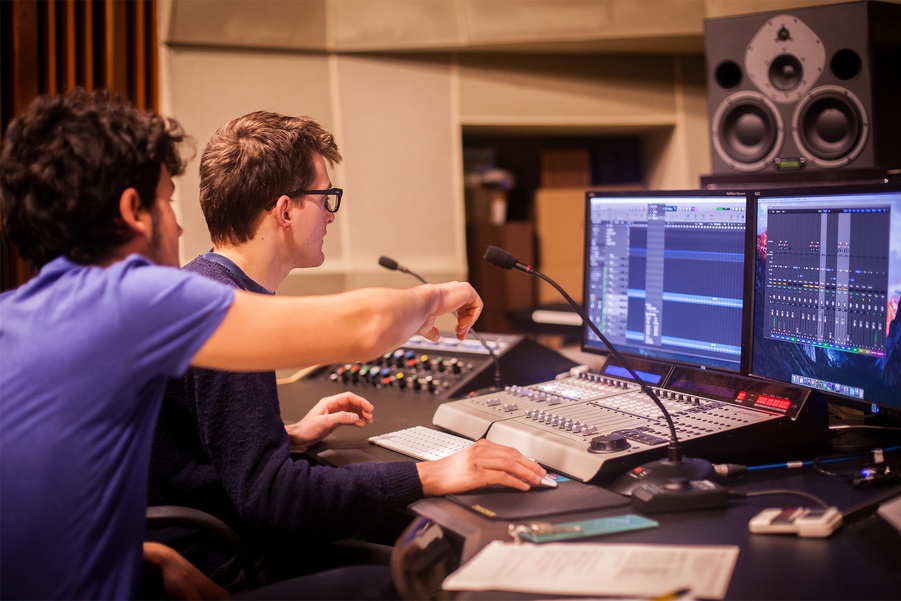 Students in musical creation at the CNSMD of Lyon © Blaise Adilon

After the selection process, students in the second part of the "Métiers de la création musicale" program cycle will be able to follow this course and complete their first year of training at IRCAM. This "will enable Conservatoire students, on the basis of an artistic project linked to IRCAM technologies, to work during their Master 1 year on the creation of a piece and the writing of a dissertation supervised by a referent from IRCAM, a project that will be perormed during the public end-of-study exam at the CNSMD de Lyon" (Jean Geoffroy).

At the end of their course at IRCAM, students will also have the opportunity to present their creation to the public, alongside the other program participants, during the ManiFeste Festival, the highlight of IRCAM's artistic season in Paris.

"Every year, the IRCAM festival draws over 10,000 spectators and a large number professionals scouting young talents. It is a great platform for students; it is a catalyst at an international level." Philippe Langlois

Finally, this new partnership is an opportunity to imagine the development of joint projects between IRCAM and the CNSMD de Lyon, whether in the artistic field through the production of concerts, installations, performances, or in the educational field, through the organization of research days in France or abroad.

IRCAM’s Cursus is a unique program intended for young composers. Welcomed in the institute, the young composers take part in a rich and diverse curriculum: academic classes on IRCAM softwares, hand...