The German artist Alexander Schubert is an emblematic figure of the new generation of international composers who find inspiration in a range of artistic disciplines, technological innovations, theater, and popular culture giving a broader perspective to live music. In September, he will premiere CODEC ERROR, a work for stage with three soloists from the Ensemble intercontemporain and IRCAM electronics. The opportunity to dive into his universe.

The entire gesture aspect of my music comes from my experience on stage when I was younger. Beginning with free jazz and the phenomenal energy it releases on stage, to the complete opposite of a "classical" musician sitting behind his music stand. It is a performance of an instant, where we have to compose with our own bodies and the same time with the need to communicate one’s musical ideas to the public and to the other musicians. This energy, this hunger for expression, was the starting point for my work on gesture which requires perfecting technologies and elaborating concepts that are capable of conveying the same energy.

Sometimes the gestural element seems to be out of synch with the sound result: what is the role of gesture in these pieces? How do you coordinate the different discourses?

It varies from one piece to another. In certain (Your Fox’s a Dirty Gold, Weapon of Choice, Laplace Tiger, Point Ones…), the movements lead to sound results (via sensors or motion recognition).

In Your Fox’s a Dirty Gold (2011), for example, I treated gestures and sounds equally. But within the same piece, the attention can slide from one aspect to another. Sometimes, the action determines the sound result, sometimes it’s the opposite, and other times gestures have been choreographed to accompany the music.

In Laplace Tiger (2009) for solo drummer and electronics, the main subject is, of course, the rock drummer, his gestures, and the visual and sonorous energy he gives off. But the piece also is about the freedom the musician has to hit his drums or sketch a gesture in air to generate the electronics. I give a lot of freedom to the musicians. However, in Your Fox’s a Dirty Gold (2011) or Point Ones (2012), I concentrate more on gestural codes: those of the conductor Point Ones, those of the guitarist in Your Fox’s a Dirty Gold (2011).

For other pieces (Sensate Focus, SCANNERS, Black Mirror, f1), the role of gestures is choreographic.
Sometimes I want to highlight a single aspect concerning the musician’s gesture. In some of my more recent works, I focus on an artificial, digital representation of the body. This reflection needs to be reworked each time; the movements weren’t intended to play a particular sound, but were seen as beginning and ending points that can seem quite artificial to the musician. 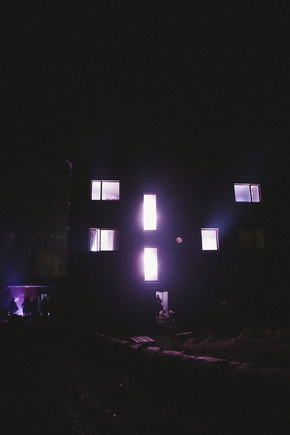 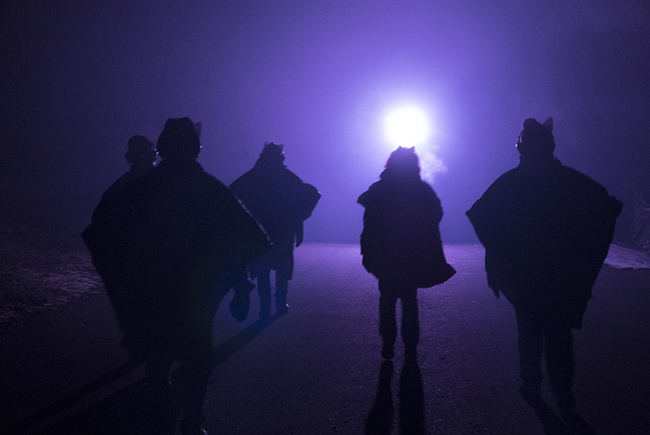 Is it imaginable for you to write music that doesn’t involve physical performance or gestures from the performers?

I wrote several, and I still like what we could call "absolute music". But this isn’t what interests me today. I can express certain ideas without performance or gesture, but for all my current work, I try to include the perceptions the watcher/listener and/or performer. My questioning of the traditional concert format is more and more pressing. I am more interested in a total experience than in pure concert music. The traditional system of a performer who gets up on stage, sits down, opens his score, plays, and then leaves the stage isn’t satisfying for me. It’s less and less convincing, at least in the scope of my own work. I am aware that this position can be criticized, we could ask if every musical work should also have extra-musical and visual elements.

How much are your collaborators¬—especially the performers¬—involved with the creative process?

For CODEC ERROR, I met the performers several times to work out my ideas and have a clearer vision. I need to get my hands dirty and try everything, or at least simulate the experiences. I also carry out a series of tests on my own, or with colleagues, notably using a scale model for the lighting in order to see what works or not. The next step consists of working with the performers, adding to the reflection, notably on the subject of how to use the instruments or the interaction with the instruments: the gesture and physical part. This leads to new ideas or approaches which I hadn’t thought of before, ideas that could open up the writing process.

In CODEC ERROR, you manipulate the stage using special lighting, making the stage turn into a giant (defective) screen. Why and how?

The why is the result of questioning the image of the body today, dominated by digital technologies, on continuity (or discontinuity) between the person and the performer (who deconstructs the video/avatar/digital representation). The goal is to illustrate the effects of this representation on stage with real performers (as opposed to a video). From an aesthetic point of view, I want to explore the rift between "machine" performance of computer code and the subjective desires and motivations of music to express feelings of isolation and hope, of emptiness and aspirations.

For this, I imagined loops of movements that give the impression of corrupted data as well as light effects that simulate video errors—like flashes coming from different directions to confuse the audience’s perceptions—and the base of the stage lighting is red, blue, and white to light up different parts of the body independently of the others.

Média
The young composer Alexander Schubert presents his new work CODEC ERROR, a creation for the stage imagined like a video with three soloists from the Ensemble intercontemporain and IRCAM computer mu...
Creation
Concert