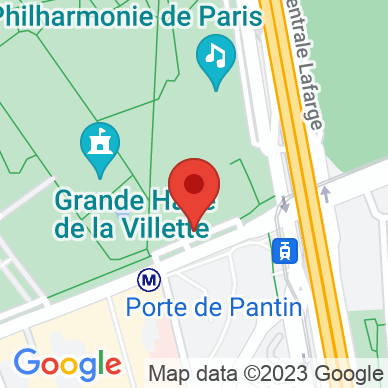 How does one give a body and heart to the clamor of the present? How can one incarnate a crowd in distress, in anger? For his new magnum opus that closes the Trilogie Köln, premiered by the Gürzenich-Orchester Köln under the baton of François-Xavier Roth in 2016, Philippe Manoury has returned to work with Nicolas Stemann, the producer of his opera Kein Licht. Manoury was inspired by the tragedy of migrants fleeing wars and destruction. The concert hall is transformed into a ship’s hold: the embarkation, journey, and mooring of a ship lost in the Mediterranean. The oratorio summons the orchestra and electronics, a professional and an amateur chorus reunited in each of the cities involved, two singers and two narrators appropriate texts by Ingeborg Bachmann and Elfriede Jelinek, but also tales of travelling and of wars. Theater of the world and a spatialized concert, it is through the tight weave of spoken voice with lyrical figures that Lab.Oratorium constructs its dramatic trajectory.

A journey in which the wandering and helplessness of Europe in ruins is exposed.

Artist’s Statement, Philippe Manoury
During a concert series in Brazil, the conductor Thierry Fischer put me in touch with his son Basile Fischer, a rescue sailor on the Aquarius. Through Basile, I was able to contact the association SOS MÉDITERRANÉE that conducts maritime rescues of migrants fleeing their countries on makeshift rafts, putting their lives in danger.

In the beginning, I wanted to invite some of these rescuers to speak during Lab.Oratorium. But Nicolas Stemann and I realized that this would cause several problems. Firstly, why let only the rescuers, and not the rescued, speak? Then, how can we address these complex questions in such a short time? And finally, do we have the right to exploit the realism of a current, tragic situation to make “art”?

Thus, in accordance with SOS Méditerranée, we have organized a meeting with the members of the association after the concert to raise public awareness of their exceptional work, despite pressure from certain politicians and excuses from several others.