The musical idea is a phenomenon of multidimensional observation, it can be deployed, questioned, and explored. What does it need to take shape? It’s fairly common for this musical idea to be completely transformed. One aspect of teaching composition is timeless, another is more directly related to the current situation. Isabel Mundry presents the issues and current situation of her workshop "Places of Listening". It questions both the image that music has of itself and the places where it aspires to be perceived. 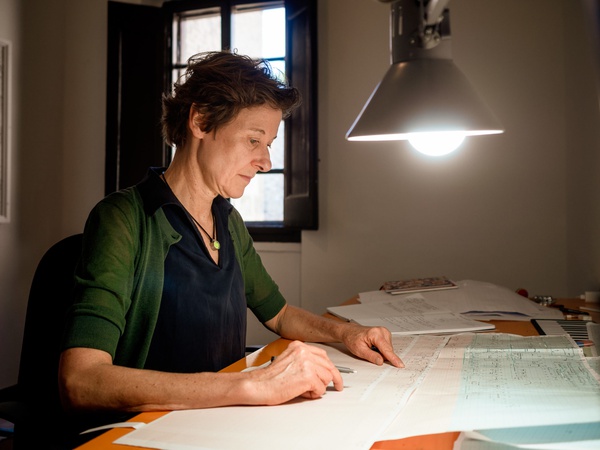 In my career, teaching began while I was studying composition, when after four semesters I became a lecturer in music theory. Teaching composition was soon added to this. Learning and teaching at the same time, I experienced this interaction, which I am still trying to maintain and renew. But at a time when aesthetic concepts, compositional approaches, and musical practices are marked by radical heterogeneity and discontinuity, what does it mean to learn composition and teach it?

With each new idea, this question comes up again whether in my studio or in a classroom. Learning and teaching composition is essentially about exploring an idea in such a way that it is possible to develop the criteria and practices for creating it step by step. In the course of this creation, the idea will shift and reconfigure itself. It is therefore not a question of repeating aesthetic dogmas or techniques supported by a positivist approach, but rather of exploring and developing individual perspectives, from one student to another, from one work to another, from one moment to another. This immediately raises new questions. Is it possible to find methods and (success) criteria for success in the process of creating a work? Doesn't today's aesthetic plurality make any discussion on the idea itself unnecessary? These two questions have a general dimension, even if they concern the individual creation of a new work.

During my studies, I noticed that the teachers avoided discussing the details specific to compositional technique with me. They did not want to impose a style on us, nor did they suggest that we take up certain concepts or techniques. This also went hand in hand with a refusal to discuss and support individual approaches. Instead of thinking about the concrete questions that arise in the creation of a new work, we talked about general ideas, literature, film, philosophy, art, or other people's music. 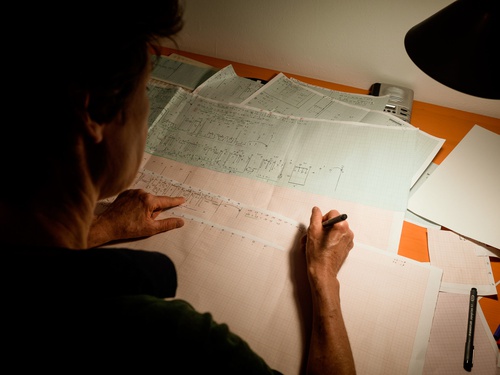 After my studies, I perceived this absence in the discourse as a gap in the dialogue I had with myself when it came to shaping a new composition. There were plenty of ideas, but few ways to relate these ideas to the micro-dimension of the composition, both of which nurtured each other. When developing a new piece, I was either acting with a sense of coherence, of the obvious and intuition, or with technically autonomous parameters. Both approaches can be fruitful, but I was increasingly confronted with their limits, their limitations. I realized that either instinctive action leads to repetitive patterns, or technical calculation leads to disconnections. And I was able to measure how much these two orientations restrict the freedom that was initially identified in the idea.

This perception led me to question the genesis of the work in a new light. This questioning was integrated into my compositional process and my teaching. I came to think about the path between the idea and its realisation not so much as a transition as a space. A space composed of several layers, open to the intrinsic value of experimentation in the way of approaching forms, techniques and practices. In this space, the sketch often plays an essential role, as a return to the idea and the aim of a possible result.

In concrete terms, this means that the creative process is like a laboratory: one concentrates on one aspect, discards other avenues, tries out several approaches, and combines them with experimental devices, tests, rituals or other procedures. This applies equally to conceptual, inter-medial compositions, such as installations, as well as to those intended for the concert device and the written score for performers.

When I accompany the students in the genesis of their works, we evolve mainly in this space. The creative process, which is broken down into different stages, phases and layers, is then the most discursive and reflective. What does the idea need to take shape and become "sound"? This is what is at stake, even if in the end the sound will remain a metaphor and the work will eventually be embodied in other media.

But there is also a space beyond this space, which can also be relevant for teaching. It is the space whereby all the influences and stimuli that lead to a compositional idea first emerge. Sometimes I spend months in this second space with the students. We discuss texts, philosophical theories or biological models, we listen to Björk or electro metal, we search the internet for installations exhibited all over the world, etc. At this stage we realise that we are not alone. At this point we realise how much the relationship between study and didactic activity permeates teaching, how recursive and yet open-ended it is.

This second space functions in two directions.
On the one hand, it is constitutive of the formation of ideas and their elaboration, and is therefore addressed repeatedly in the   individual lessons throughout the process. On the other hand, it points to what is aesthetically relevant to the students, as well as to the major questions that animate them. The latter can also be marked by politics, art, everyday life or personal experience. This is where a second level of teaching comes in. And I believe that it is just as central as the individual exchange. It consists of thinking in a collective dimension. 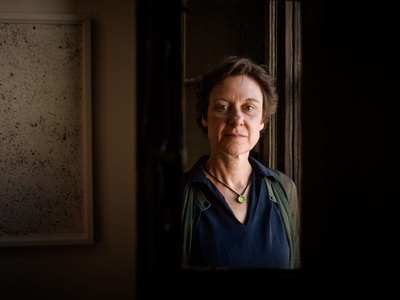 At the beginning, I consider that ideas are not negotiable. They are individual, often intuitive and only exist in the mind of a particular person. But in the course of creating the work, their essence or what they could be will be revealed. Then they are nurtured or emptied, lost or transformed in a fruitful way, become restrictive or a source of freedom, etc. They become part of the process of composition and of the work itself.

They become part of the compositional process and belong to the individual dialogue about the singular work. Aesthetic concepts, on the other hand, can be discussed from the outset. For these aspire to be discussed, they refer to one thing or stand out from another, and they are oriented. These reflections are collective, which is why I like to approach them from an interdisciplinary angle. Often the impulse does not come from me, but from the students themselves. It can be about topical issues such as postcolonial problems, or about shedding new light on old phenomena. Two years ago, a visual artist suggested reflecting on polyphony, which led us to develop axes, notably between Flemish polyphony, contemporary social theories and the installations of Pierre Huyghe.

There is a shift in thinking and in the perception of the composition that occurs with these seminars. I do not see them as places for the transmission of knowledge, but rather as places for joint research. Places for questioning, searching, reflecting, and elaborating. 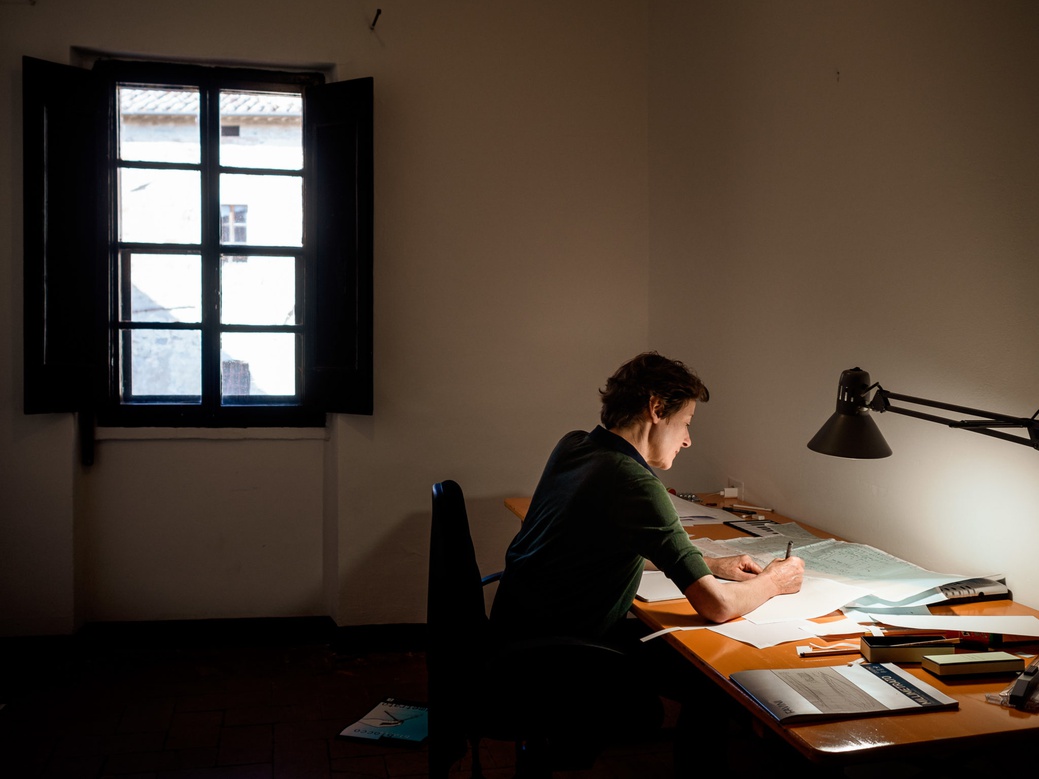 The Places of Listening workshop is designed with this in mind. Its theme stems from two observations I have made in recent years. The first is the growing presence of music from oral cultures in Central Europe and its influence on contemporary production. Many composers are now integrating contributions from traditions where music is not created on music paper, but in an open process of permanent transformation between listening and performing. This puts into perspective a major paradigm of Central European music that is still operative in avant-garde creation, namely that what counts above all is expression and individuality. But if listening plays a crucial role in the creative process, then music must also be understood as a trace or imprint of something. Not only does the music show something, but something is shown in it and has an indexical effect on it. The result is an oscillation between activity and passivity.

My other observation is that composers are increasingly interested in creating new performance situations where the strict separation between the place of the music and the real place, where the silent audience listens to it, is abolished. In this way, the space in which the work is to resonate is also called into question. The old ideal of its acoustic optimisation gives way to a concern for its particularities. The workshop will deal with these aspects: to what extent does a work raise the question of listening? What role does the place where it is to be heard play? And what place does the performance itself give to listening, here and now?