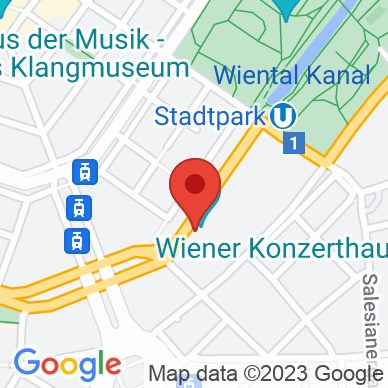 As part of Wien Modern festival

From Brice Pauset's sofa, the film of all films, Vertigo by Alfred Hitchcock, which transforms each spectator into the "projectionist" of their own fiction. Brice Pauset believes that the irrigation between cinema and psychoanalysis shaped the 20th century. A succession of collapses, a fiction of mimetic desire, of the virtual and of narration in the future tense, Vertigo had everything to become an ambitious musical creation. It will reveal in turn, the solution of its enigma in the final chapter. The color code and symbolism adopted by Hitchcock can be found in the instrumental subsets but also in the visual composition by the artists AROTIN & SERGHEI. How do digital images and portraits affect our psyche? The narcissistic mirror of the 21st century, with its pseudonyms, avatars and selfies, is staged, both for the concert of the Klangforum Wien Ensemble and for the outdoor installation on the place Stravinsky. Infinite column, tower, and spirals of Vertigo on the IRCAM tower.